⦁ In the period between 2016-2017, a couple of SIEC members took part in mentorship / internship programme, workshops on social entrenrepeurship Law, trainings, including the project’s final conference. The EPTISA project aimed at developing the EU objective “Support the development of social enterprises, by facilitating access to finance” of the “EU Programme for Employment and Social Innovation. The project focused both on developing a social entrepreneurship legislation framework, while at the same time empowering civil society through various capacity building programs. Promotion of collaboration with institutions was also a part of the project whereby NGOs had the opportunity to offer recommendations for social entrepreneurship.

On the 12th of August 2017, a meeting was organised by Human World in order to explore the possibilities of collaboration with SIEC and the European Anti-Poverty Network, The Netherlands.

The 3 organisations got to know each other via short presentations – the common ground for the organisations is combating poverty, contribution to personal development and community empowerment. The European Anti-Poverty Network, The Netherlands is for 20 years working on the issues of combating poverty and protecting the most vulnerable citizens; in short, the potential future cooperation could develop in the direction of creating projects for vulnerable groups, community development. 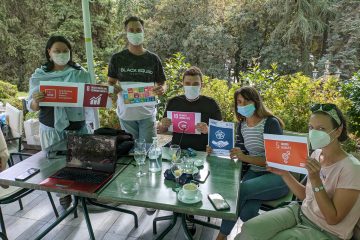 Creating global alliances is important – especially within the Launching of the Decade of Action organized by the United Nations, Global Week of SDGs Action, #ACT4SDGs & #TurnItAround. SIEC focuses on the projectsregarding education, gender Read more… 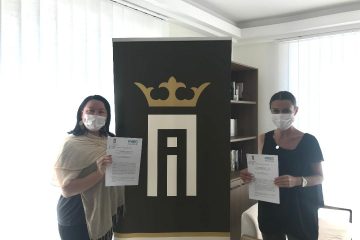 At the end of 2019 and beginning of 2020, SIEC and ISLAA were preparing common activities on education and gender empowerment when corona outbreak happened so one of our planned gender workshops in March, devoted Read more…

A Recommendation Letter to the Ministry of Education and Science – COVID Effects on (Roma) Communities in North Macedonia – Is Online Education a Right or a Privilege?

During the Roma Education Fund supported tutoring project for Roma children, NGOs SIEC and Ambrela have gathered valuable project experiences and together with the Children’s Embassy in the World Megjashi, Humanitarian and Charitable Association of Read more…